﻿At Christmastime, Scott Weldon makes a desperate bargain with God: if God would heal his mother from terminal cancer, then Scott would do something special to honor Him. When Scott fulfills his part of the bargain before his mother is healed, a mysterious phenomenon occurs. This strange event is considered by many to be a miracle.

This "miracle" draws a number of spectators to Scott's home, including a television producer from California. Annie Rivers is planning to broadcast a special Christmas story called "Miracles Still Happen!" She doubts that a miracle is really happening, but the story is so compelling that she travels to Jacksonville, Florida to interview Scott Weldon. As she searches for answers, she begins to believe there is more to this mystery than meets the eye.


This happening also attracts controversy from the local media, city officials and the attention of a sinister visitor. With the support of his pastor and friends, Scott is hopeful that God will answer his prayer. But with growing opposition, will God heal Scott's mother even if he's forced to break his part of the bargain?﻿ 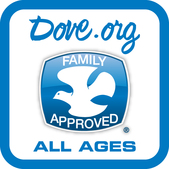 Introducing
THE CHRISTMAS BEACON
(A novella by Lanny Smith)


THE CHRISTMAS BEACON screenplay is available for review. This family-friendly screenplay has received five (5) doves from the ﻿﻿Dove Foundation﻿﻿ and is suitable for viewers of all ages.
​Be a part in taking this uplifting message from print to film!

Learn more about THE CHRISTMAS BEACON from actress Stacey Bradshaw! 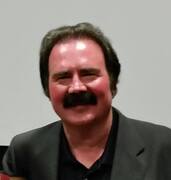 The Christmas Beacon
is available at Barnes and Noble
and at Amazon.com.

Help us share God's love and fight the battle against cancer as well! Ten percent (10%) of the purchase price of each novella will be donated to
the American Cancer Society.